In Honor Of Our Vets 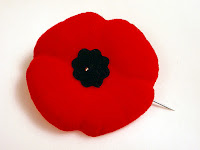 Atheists in foxholes, some say they are myths,

Creations of the mind who just don't exist.

Yet, they answered the call to defend, with great pride.

With reason their watchword, they bled and they died.

They took Saratoga from the British crown,

Secured America's freedom at the Battle of Yorktown.

From Sumter to Appomattox, fields flowed with their blood.

When the cannons grew silent, the flag proudly stood.

From the Marne to the Argonne, in trenches and tanks,

They defeated the Germans -- the whole world gave thanks.

They were bombed at Pearl Harbor, fought on to Berlin.

Many freethinking women served along with the men.

Where is the peace that eludes people so?

It is broken by tyrants who bear crosses and creeds,

That overshadow reason with hate and cruel deeds.

So atheists prevail until your work is complete.

By air, land, and sea, you answer freedom's call.

Without god or faith, you seek liberty for all.