CNN's Belief Blog. What about the atheists?

Thanks for the heads up, Simon!

I recently got a chance to interview Dan Gilgoff, who's heading up CNN's new Belief blog. I asked him about whether the blog plans on giving voice to atheist views and criticism of religion. I'd say his response was a mixed bag:

Anyway, I thought this was something you and your readers would find interesting.

Okay ... I know I'm not an artist and it's just a cut and paste compilation but we all have to start somewhere :-).

The Pansies are the traditional symbol of FreeThought which is why I added them to the bottom of the picture.

The image of Mohammed is a cut and paste of another image located in one my previous posts.

In case, it's difficult to read, the caption says: Religious freedom? or FreeThought? Free Speech protects us all.

Yes it's tame compared to the usual stuff I post but apparently it's still "evil". I decided to go for a tame image in order to make precisely that point. 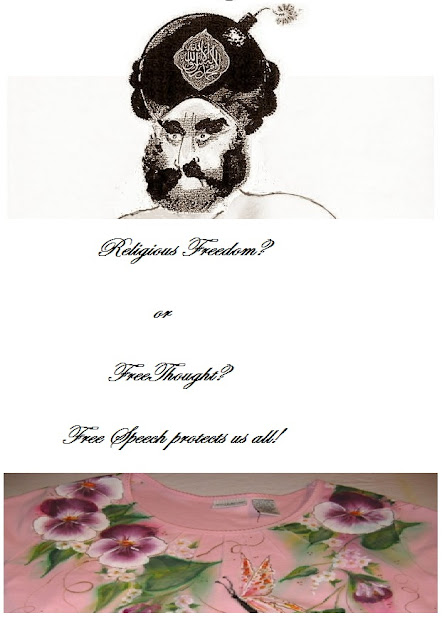 Where Is The Justice?

I find it quite despicable that the Churches not only actively cover up and enable pedophilia and child abuse but maliciously persecute/punish those priests who do object and do speak out against the Churches cover ups and enabling of these criminal acts against children.

Father Tom Doyle of the Catholic Church and Reverend Kevin Annett of the United Church of Canada are but two examples.

In the case of the Aboriginal children in the Indian Residential Schools what occurred far exceeded child abuse and crossed the line into child torture and genocide which continued into the 1970s.

It also appears to have been a deliberate and conscious policy at the highest levels of both church and state.

The following statement was issued by the Friends and Relatives of the Disappeared, Canada

I wish them much success in this endeavor and encourage others to support them and participate in this historic and very important event.

Help Us Remove the Gag from Survivors of Genocide in Canada:
Participate in our Peoples' Inquiry into Residential Schools on June 15 in Winnipeg - Put and End to the Government and Church Coverup known as the "Truth and Reconciliation Commission"

Issued by the Friends and Relatives of the Disappeared, Canada

For nearly two decades, in the face of enormous repression and concealment by church and state, our network has documented the stories of torture, genocide and murder by survivors of Indian residential schools across Canada, and has forced this issue onto the national political agenda.

In response, the groups responsible for the death of nearly half the children in these institutions - the government of Canada and the Catholic, Anglican and United Church - have exonerated themselves from their crimes and established their own "truth and reconciliation commission" (TRC) to whitewash their responsibility for clearly intentional crimes against humanity.

This "TRC" is in essence an enormous miscarriage of justice.

The TRC has no power to lay criminal charges or issue subpoenas, will not allow the naming of names or presenting of evidence of wrongdoing in residential schools, will not grant protective immunity to those testifying, and will prevent its findings to be used in courts of law.

With such restrictions and censorship, the TRC will be incapable of conducting any serious inquiry into crimes in Indian residential schools, or of issuing any kind of detailed or accurate report about this tragic history that claimed the lives of at least 50,000 children over a century.

Not only will this "official" self-examination by the parties guilty of a crime provide no satisfaction to the thousands of survivors who are seeking an open forum in which they can be freely heard, and seek justice, but the mandate of the "TRC" violates international human rights protocols requiring an impartial and open inquiry into apparent crimes against humanity, and the proper consultation of victims of such criminal acts.

In response, our network and other survivors of church abuse will be holding a counter hearing process across Canada to provide a real and open inquiry into the Indian residential schools of Canada.

This counter hearing will be known as The Peoples' Inquiry into Crimes in Indian Residential Schools, and will commence on the day that the "TRC" opens its first forum, on Tuesday, June 15 at The Forks in downtown Winnipeg, Manitoba, Canada.

Our hearing will be held near to the site of the TRC event and will invite survivors to present their full stories and evidence of what they suffered in these schools, and what they still endure, in an uncensored venue.

We anticipate and have requested the presence of international human rights observers at our event on June 15, in order to monitor the evidence submitted to our forum, and any possible irregularities or restrictions occurring at the government's "TRC" event.

Our campaign has the support of survivors' groups, human rights networks and the news media in Europe and other regions, and its events and findings will be reported around the world.

Our aim is to produce and issue an eventual Counter Report to the government's TRC report that can be used to bring charges against Canada and its churches.

We invite you to officially endorse and take part in our June 15 counter hearing and open forum, and help us record for the world the complete evidence of crimes in Canadian Indian residential schools.

We see our campaign as part of a growing international movement to bring to justice those responsible for the organized criminal abuse and trafficking in children, including church, government and police agencies.

Please contact us at this email or at 250-753-3345 in Canada. More information will be sent to you soon, as part of international press advisories concerning our actions.

Canada, The Church And Aboriginal Genocide

The following is a powerful 2 hour film depicting ex-Reverend of the United Church of Canada, Kevin Annett's struggle to get justice for the thousands of Canadian Aboriginal children murdered by both the United and Catholic Churches in Canada as well as the hundreds of thousands who were kidnapped from their families and subjected to brutal psychological, physical and sexual abuse at the hands of the priests and the nuns.

Kevin Annett continues to be harassed and persecuted for his exposure of both the church and government but despite this continues his fight for justice on behalf of the Aboriginal people of Canada.

While he remains a Christian (follower of Christ) he has harsh criticism for religion and the Church and it's hypocrisy.

2.   Alert Bay : St. Michael’s Anglican school (1878-1975), situated on Cormorant Island offshore from Port McNeill. Presently building is used by Namgis First Nation. Site is an overgrown field adjacent to the building, and also under the foundations of the present new building, constructed during the 1960’s. Skeletons seen “between the walls”.

3.   Kuper Island: Catholic school (1890-1975), offshore from Chemainus. Land occupied by Penelakut Band. Former building is destroyed except for a staircase. Two grave sites: one immediately south of the former building, in a field containing a conventional cemetery; another at the west shoreline in a lagoon near the main dock.

5.   Mission: St. Mary’s Catholic school (1861-1984), adjacent to and north of Lougheed Highway and Fraser River Heritage Park . Original school buildings are destroyed, but many foundations are visible on the grounds of the Park.

In this area there are two grave sites: a) immediately adjacent to former girls’ dormitory and present cemetery for priests, and a larger mass grave in an artificial earthen mound, north of the cemetery among overgrown foliage and blackberry bushes, and b) east of the old school grounds, on the hilly slopes next to the field leading to the newer school building which is presently used by the Sto:lo First Nation. Hill site is 150 metres west of building.

8. Cranbrook: St. Eugene Catholic school (1898-1970), recently converted into a tourist “resort” with federal funding, resulting in the covering-over of a mass burial site by a golf course in front of the building. Numerous grave sites are around and under this golf course.

12. Lytton: St. George’s Anglican school (1901-1979). Graves of students flogged to death, and others, reported under floorboards and next to playground.

- Eyewitness accounts from survivors of these institutions, catalogued in Hidden from History: The Canadian Holocaust (2nd ed., 2005) by Kevin Annett. Other accounts are from local residents. 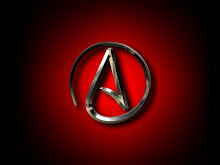 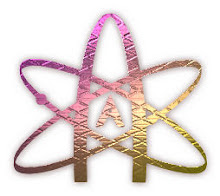